Summaries for the Public from recent articles in Clinical Thyroidology

HYPOTHYROIDISM
Lithium use is associated with an increased risk of hypothyroidism

Many drugs can affect thyroid function. One in particular, Lithium, has been associated with developing goiter, hypothyroidism and hyperthyroidism. Lithium is a medication commonly used for the treatment of mood disorders including bipolar disorder. It has been shown to protect against both depression and mania, and to decrease the risk of suicide. Up to this day it remains a key treatment for this condition because other available therapies have significant side effects and many are not recommended for use in young women. In addition to the thyroid effects, there are many reports linking the use of lithium to kidney and parathyroid gland problems. Since there is an estimated 350 million individuals worldwide that are affected by mood disorders, there is, then, a large group of patients that have taken or will take lithium in their lifetime.

This study was done in the UK using laboratory data available from the Oxford University Hospitals National Health Service for patients that received care from 1982 to 2014. Patients with available blood lithium levels (at least 2 measurements were required) were compared to patients who had no blood lithium levels measured. The comparison was done in regards to thyroid, kidney and parathyroid function. Hypothyroidism was defined as having a TSH level > 5.5 mIU/L and hyperthyroidism as having a TSH of <0.2 mIU/L.

A total of 4678 patients had lithium levels available for analysis; they were compared to the 689,228 patients who did not. After accounting for other variables that could have an impact on the results such as age, sex, and the presence of diabetes, the use of lithium was associated with an increased risk of hypothyroidism, but not of hyperthyroidism. Most problems appeared to occur early during the treatment and among those who had higher blood lithium levels. Younger women (<60 years old) were the most commonly affected.

The strength of this study is the use of a large database form a single health system going back 20 years. The weakness of the study is that there were no available data regarding dose, compliance or the use of other medications that could also independently affect thyroid function.

The conclusion of this study is that the use of lithium is associated with an increased risk of developing hypothyroidism, especially in younger women. This is important for patients because mood disorders are relatively common and lithium is still widely used to treat them. The authors suggest that patients, especially young women, should be monitored for thyroid function problems when they are managed with lithium. Although this is not a recommendation stated in the current guidelines of the American Thyroid Association, consideration might be given to certain patients who are at a higher risk, such as those who have a strong family history or who have a goiter prior to start treatment. 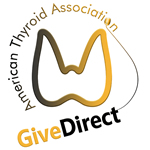 TSH: thyroid stimulating hormone — produced by the pituitary gland that regulates thyroid function; also the best screening test to determine if the thyroid is functioning normally.

Goiter: a thyroid gland that is enlarged for any reason is called a goiter. A goiter can be seen when the thyroid is overactive, underactive or functioning normally. If there are nodules in the goiter it is called a nodular goiter; if there is more than one nodule it is called a multinodular goiter

Lithium: a medication commonly used for the treatment of mood disorders including bipolar disorder