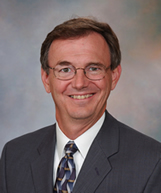 Dr. Morris commented that he will provide highlights of his full report to the members present at this meeting and the detailed report will be on the ATA website and in SIGNAL very soon.  His report was initiated by reinforcing the sense that ATA membership has continued to grow in numbers and diversity over recent years and that it is clear that ATA is comprised of members with widely varied training all focused on the small gland at the bottom of the neck!  This is exciting but at the same time challenging as we need to be able to provide opportunities for compelling and relevant education, networking and professional growth for the variety of our ATA members.  Dr. Morris explained that the Board of Directors has a targeted membership to provide adequate representation – adjusting the nominations and election processes to adapt to the diversity of membership.  This year, there is a physician in practice and an at-large member up for election.

As noted by Dr. Fagin, Dr. Morris reiterated that basic science is a focus of the ATA.  A current example of ATA’s efforts to interest the basic scientist constituency is the support of Dr. Samuel Refetoff’s satellite workshop during the Quebec meeting.  Additional forthcoming efforts noted to help ensure opportunity for basic scientists in the organization include the potential of adjusting meeting registration rates for basic scientists at future meetings as well as, the aforementioned development of a Research Affairs Task Force or Committee. The ATA will also continue to support research through its grant program and we are pleased to confirm that $300,000 was provided for research from endowments and ThyCA.  Additionally, $406,000 for research has been received and deposited by the ATA from the New Hampshire Charitable Trust.

Dr. Morris confirmed the ATA Spring Symposium & Research Summit 2013 will be held April 25-26, 2013 at the Westin City Center in Washington, DC and the program will be developed by Dr. Jacqueline Jonklaas, Dr. Antonio Bianco, and Dr. Kenneth Burman, the meeting will focus on Treatment of Hypothyroidism – Exploring the Possibilities.

Next, Dr. Morris acknowledged that much of ATA’s work is accomplished by the efforts and commitment of volunteer committee members and chairs.  Some particularly notable work that has been announced this year is the completion of ATA’s Hypothyroidism Guidelines for Adults and the Anaplastic Thyroid Cancer Guidelines, both should be in print by the end of the year.  Dr. Morris offered many thanks to all the ATA guidelines task forces for their work and dedication.

It was noted that there has been a continued drop in contributions from industry with respect to direct support – unfortunately, a shared pain with other organizations.  The ATA, however, continues to be diligent with creative fundraising efforts such as the establishment of the Corporate Leadership Council (CLC), which not only provides year-to-year reliable revenue, but also fosters growth with industry partners.  Dr. Gregory Randolph who spear-headed the CLC as Development Chair will continue to serve as an asset for guidance for the CLC as he enters his term as Treasurer-Elect.

Dr. Morris provided a synopsis of the Medullary Thyroid Cancer (MTC) Registry and confirmed the ATA has been asked to provide expertise and leadership in the registry.  At last year’s annual meeting, Dr. Richard Kloos was the initial chair of the MTC Registry Consortium but with the change in Dr. Kloos’ position, Dr. Mike Tuttle has generously agreed to lead this registry task force which will include several additional ATA members. Additionally, the ATA anticipates a revenue stream as the ATA provides expertise to the group.  The next meeting of the MTC Registry Consortium is scheduled for this upcoming November 17, 2012 in Philadelphia, PA.

Morris noted that ATA office staff continues to do a great job to support the ATA.  Bobbi Smith is acknowledged as a great leader, with a warm smile and expertise. All staff are thanked for their efforts and ability to perform many tasks.  Dr. Morris thanked President James Fagin for his strong leadership and looks forward to his ongoing capacity as Past President.  Morris recognized Dr. Bryan Haugen and acknowledges he will do a great job in the role of President. He also thanked Dr. Greg Brent for his guidance.  Dr. Morris presented Dr. Fagin with an award for his service as ATA President in 2011-2012. 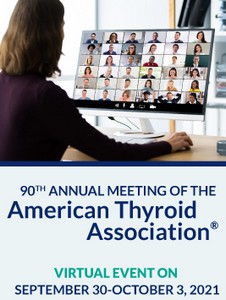