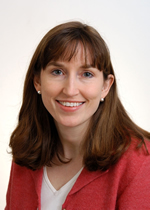 It has been a tremendous honor and privilege to serve as ATA President over the last year. My path to the thyroid may have been genetically determined to some extent, since both of my parents are in academic medicine and my mother is also an endocrinologist. I became an ATA member as a fellow in 2000 after being “strongly encouraged” (i.e. required) to join by Lew Braverman, my mentor, to whom I owe an extraordinary amount. Lew, of course, was devoted to the ATA, and had served as both ATA Secretary and President. Over the last 19 years the ATA has gone on to become my professional home, and a source of many strong friendships and collaborations.

One area of focus for me over the past year has been to think about how the ATA can better serve young people. The Ridgway Conference provides truly incredible content for trainees at the annual meeting, and for many years we have funded research grants for trainees. We have not, however, previously devoted much attention to specifically fostering engagement of our younger members who are no longer trainees but are early in their careers. Consequently, I think many associate members drop their membership once they are no longer eligible for discounted dues. In the past year we have made a concerted effort to include early career and trainee members on all committees and task forces. Going forward, I think it will be important to continue to think about how we can best meet the needs of this part of our constituency.

Over the time period of my own membership in the ATA, we have seen a steady growth in the diversity of our membership, which I believe is extremely healthy. Of particular interest to me is the fact that women represented only 20% of members when I joined in 2000, but fully 40% today. Importantly, the Board of Directors has diversified as well, from 1 woman director in 2000 to 8 women in 2019. We strive to balance ATA committee leaders and members across disciplines and gender.

The contributions of two extraordinary female thyroidologists, Deborah Doniach and Gabriela Morreale de Escobar, will be highlighted this year at the Sawin vignette, being led by Rebecca Bahn. All of the ATA awards to date have been named after men, and the board feels strongly that that this is no longer sufficient. I am happy to report that the Paul Starr lectureship (for which funding has lapsed) is being re-named in honor of a long-time member who has been in the forefront of research that has had an impact on clinical practice; thyroidologists of all genders will still be eligible to receive this award. I would note also that this year represents the first time that one female president will be succeeded by another (it’s about time we achieved this milestone!)

Several highly successful meetings have taken place over the past year. The Satellite Symposium in March, “Diagnostic Imaging and Image-Guided Therapies for Thyroid Disease,” was co-chaired by Jennifer Sipos and Ralph Tufano and attracted 258 attendees. The ATA sent a delegation to the Indian Thyroid Society in Bangalore in May, which was very well received. In addition, in June several of us presented at an ATA satellite symposium at the Latin American Thyroid Society in Buenos Aires. It is hoped that these overseas meetings will lead to future international collaborations. Finally, this year’s annual meeting in Chicago has been ably chaired by Antonio Di Cristofano and Mona Sabra. I would like to thank the chairs and the whole Program Committee for developing an outstanding scientific program. Both meeting registrations and the number of abstract submissions have broken the previous records, set last year — 1443 registrants as of today and 560 abstract submissions. This surpasses Victoria’s final registration numbers and is 52 ahead of DC at this point in time (2 weeks out).

With regard to the ATA’s publications, Peter Kopp will be stepping down at the end of this year after a seven-year tenure as Editor-in-Chief of Thyroid®. I would like to thank Peter for his service in shepherding the journal. Under his guidance, the journal has grown tremendously and has in the last year achieved the extraordinarily high impact factor of 7.786. Electron Kebebew is the incoming Editor-in-Chief and is already hard at work on his inaugural issue. We look forward to the journal’s continued growth under his leadership. Angela Leung became the Editor-in-Chief of Clinical Thyroidology® this year and has ushered in a new look, enhanced social media presence, and an expanded group of associate editors for that journal. She has also facilitated the collaboration with Medscape, a new initiative which is just getting underway which will feature commentaries, interviews, and slideshows designed to advance the understanding of thyroid disorders and thyroid cancer. This is intended to reach a broad range of medical providers. It can be accessed at https://www.medscape.com/partners/ata/public/ata.

The ATA continues to field a large number of press and media queries, which are funneled from the headquarters’ office to leadership as they are received.

I would like to thank the ATA board, committee chairs and members, editors and editorial boards, and all of you who devote so much time and effort to the work of the society. The commitment of all of the ATA members who volunteer their time and expertise is truly extraordinary. I would particularly like to thank those who participated in the strategic planning meeting in Phoenix in June. In addition, I would like to recognize the work of the Executive Committee, especially Secretary Vic Bernet and immediate Past President Charles Emerson — I have learned a tremendous amount from their clear vision and thoughtful approach to challenges.

Finally, enormous thanks to all of the ATA staff, including Adonia Coates, our Associate Executive Director, who has worked tirelessly to make the annual meeting happen. This will be Bobbi Smith’s final annual meeting as the ATA’s Executive Director. It is difficult for most of us to envision the ATA without her. Her warmth, professionalism, and superlative leadership skills have been critical to the ATA’s growth over the last two decades, to ensuring smooth ongoing day-to-day operations, and to helping us envision the ATA’s future.