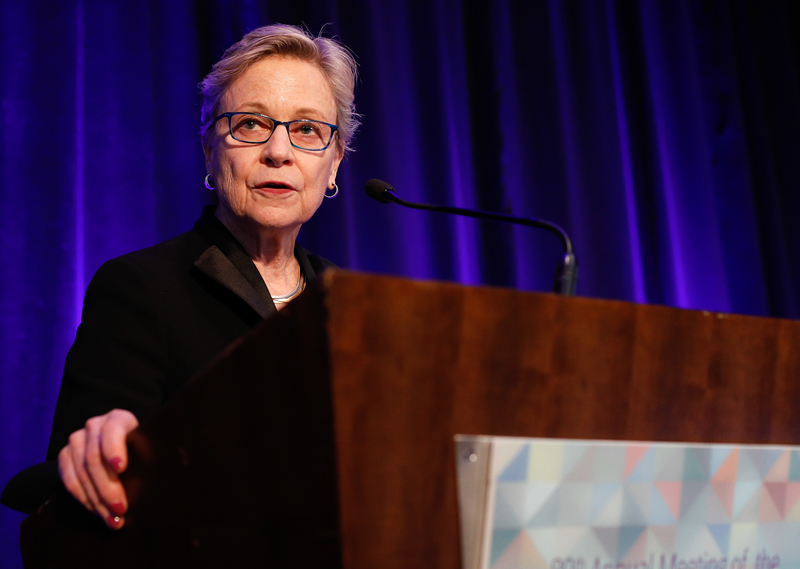 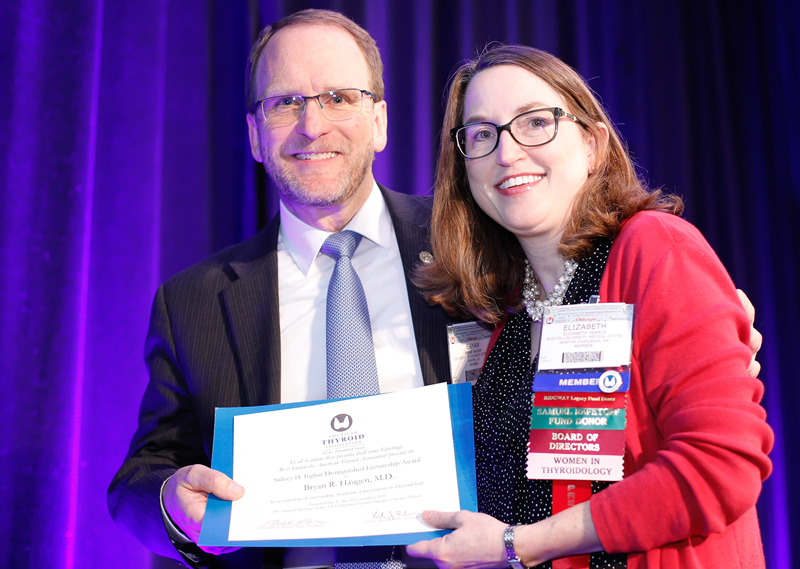 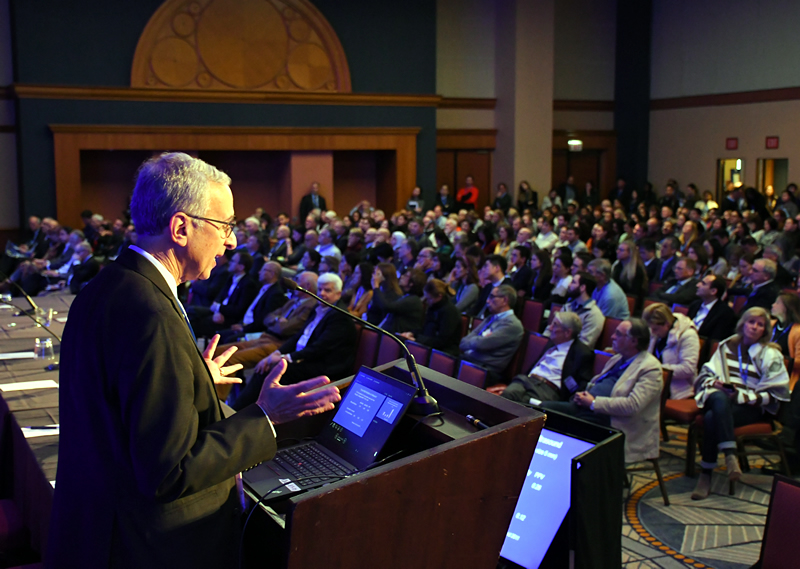 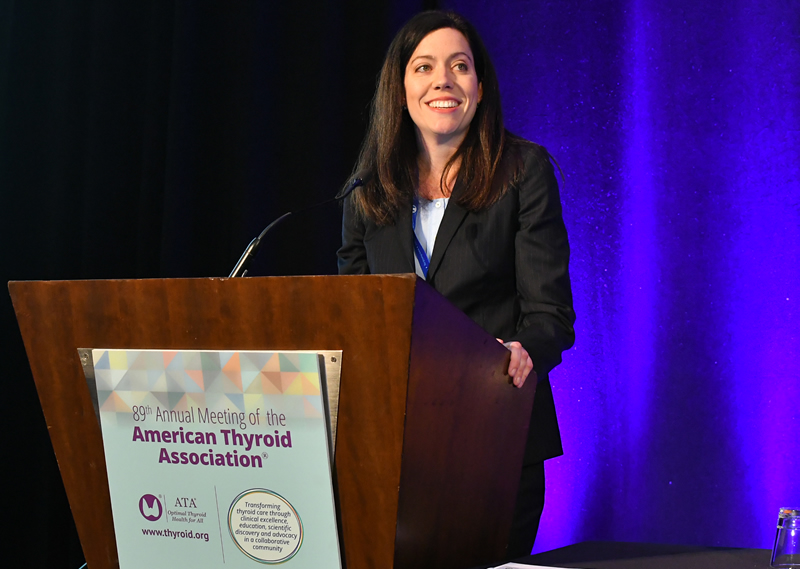 Each year, ATA honors clinicians, academicians and early career researchers who have made outstanding contributions in thyroidology.  These awards honor both professional achievements and contributions to ATA.

ATA is committed to ensuring that our awardees reflect the diversity of our field.  We encourage you to nominate a colleague for one of these prestigious awards.

The Van Meter Award Lecture, established in 1930, recognizes outstanding contributions to research on the thyroid gland or related subjects. The award is given each year to an investigator who is not older than the age of 45 in the year of the award. The Van Meter award winner is kept secret until the time of the award lecture during the annual meeting. An honorarium and expenses are funded by support from Mary Ann Liebert, Inc., Publishers. A Van Meter endowment contribution in memory of Jacob (Jack) Robbins has been given by Jean Robbins.

The Sidney H. Ingbar Distinguished Lectureship Award, endowed by contributions to honor the memory of Sidney H. Ingbar, recognizes outstanding academic achievements in thyroidology, in keeping with the innovation and vision that epitomized Dr. Ingbar’s brilliant investigative career. The Ingbar award is conferred upon an established investigator who has made major contributions to thyroid-related research over many years.

The Valerie Anne Galton Distinguished Lectureship Award recognizes an individual who has been instrumental in collaborative research that has significantly contributed to the advancement of our clinical knowledge of thyroid conditions.

The Lewis E. Braverman Distinguished Lectureship Award recognizes an individual who has demonstrated excellence and passion for mentoring fellows, students and junior faculty; has a long history of productive thyroid research; and is devoted to the ATA® . The award is endowed by contributions to honor Dr. Lewis E. Braverman.

The Distinguished Service Award honors a member who has made important and continuing contributions to the American Thyroid Association® (ATA). The award certificate is presented during the ATA® Annual Meeting.