Clinical Thyroidology® for the Public

BACKGROUND
Thyroid nodules are the most common endocrine diagnosis, occurring in up to 50% of the population. Thyroid nodules are often diagnosed on ultrasound examinations. The main concern of a thyroid nodule is whether the nodules contains a cancer. Currently there are many systems that are available to assess the risks for cancer in these nodules. The systems are called risk stratification systems. Various systems are used based on where the patient lives and the person who is reading the ultrasound report. Occasionally, it may lead to confusion. Different systems may indicate different level of risk based on the findings.

An international survey was done which involved answers to 22 questions. The survey was done online. Different systems of risk assessment of thyroid nodules, such as those recommended by various medical societies, were assessed.

SUMMARY OF THE STUDY
A 22-question online international survey was developed by four members of the steering committee and administered via SurveyMonkey.com. The focus of the survey was on choice and usage of risk stratification systems, practitioner and practice type and demographics, geographic region, specialty, level of training, experience, and volume of thyroid nodule ultrasound and fine-needle aspiration.

Invitations to complete the survey were sent out by email by professional organizations including the American Thyroid Association (ATA), Associazione Medici Endocrinologi (AME), European Thyroid Association, Korean Society of Thyroid Radiology, and the Society of Radiologists in Ultrasound. The survey focused on five widely available risk stratification systems including the American Association for Clinical Endocrinology (AACE), American College of Endocrinology (ACE) and AME unified guidelines, ACR TI-RADS, the ATA guidelines, EU-TIRADS, and K-TIRADS. It was designed to be completed in less than 15 minutes and participation was voluntary without reward; respondents did not have to answer all questions.

Over 700 respondents participated in the survey. Most of the respondents were physicians in clinical practice. A majority were in Europe and the remainder in North America. There were 54% of respondents from Europe and 28.3% from North America; 61.5% were endocrinologists, 20.6% were radiologists, and 11.4% were surgeons. Alone or in combination, risk stratification system usage was as follows: ATA guidelines (34%), ACR TI-RADS (33.7%), EU-TIRADS (29.6%), AACE/ACE/AME guidelines 20.5%, K-TIRADS (14.6%), other (4.6%), none (5%). Geographic location as well as the specialty of the practicing clinicians were determinants of which system was used. Over two thirds of the respondents indicated a need for a system which is universal.

WHAT ARE THE IMPLICATIONS OF THIS STUDY?
Although the risk assessing systems for thyroid nodules are helpful, they often may lead to confusion on the part of both patients and physicians due to a lack of uniformity. There is a need for a universal system which would help the patients and clinicians in understanding the ultrasound reports and making appropriate recommendations for choosing the thyroid nodules that require further evaluation including a biopsy.

Thyroid nodule: an abnormal growth of thyroid cells that forms a lump within the thyroid. While most thyroid nodules are non-cancerous (Benign), ~5% are cancerous.

Thyroid fine needle aspiration biopsy (FNAB): a simple procedure that is done in the doctor’s office to determine if a thyroid nodule is benign (non-cancerous) or cancer. The doctor uses a very thin needle to withdraw cells from the thyroid nodule. Patients usually return home or to work after the biopsy without any ill effects. 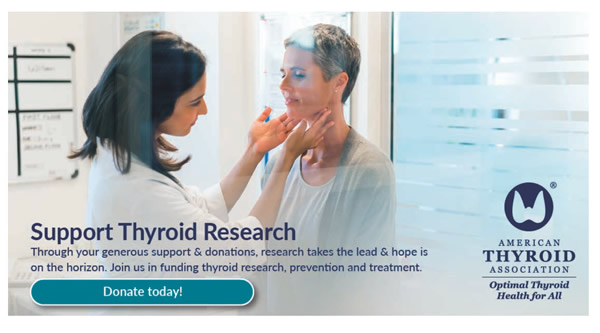