Brittany Henderson, MD, ECNU is board-certified in internal medicine and endocrinology, with advanced training in thyroid disorders, including Hashimoto’s thyroiditis, Graves Disease, thyroid nodules, and thyroid cancer. Originally from Cleveland, Ohio, she graduated in the top 10% of at her class at Northeastern Ohio Medical University, where she received the honor of Alpha Omega Alpha (AOA). She completed her endocrinology fellowship training under a National Institutes of Health (NIH) research-training grant at Duke University Medical Center. She then served as Medical Director for the Thyroid and Endocrine Tumor Board at Duke University Medical Center and as Clinical Director for the Thyroid and Endocrine Neoplasia Clinic at Wake Forest University Baptist Medical Center. She has received multiple prestigious grants from the American Thyroid Association (ATA) and ThyCa (Thyroid Cancer Survivors’ Association, Inc.). Her work has been featured on the cover of Thyroid and in many other scientific journals including Endocrinology, Gut, and Oncotarget. She desires to improve quality of life for those living with thyroid disease both through novel research and medical guidance. For patients living with Hashimoto’s disease, she believes that knowledge is power. Her clinical practice is dedicated to patients with thyroid disease. She specializes in autoimmune thyroid disease, thyroid nodules, thyroid cancer, ethanol ablation, and advanced minimally invasive techniques. In addition to using a mainstream medical approach, Dr. Henderson also uses complementary medicine to explore underlying root causes of thyroid disease. Her clinical practice is located in sunny Charleston, South Carolina and is called The Charleston Thyroid Center (www.charlestonthyroid.com).  Press Release 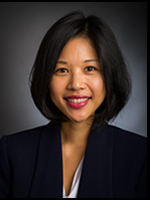 Dr. Nicole Chau received her medical degree and completed residencies in Internal Medicine and Medical Oncology at the University of Toronto, Canada.  She is a medical oncologist in the Head and Neck Oncology Program at the Dana-Farber Cancer Institute/Brigham and Women’s Hospital and Instructor in Medicine at Harvard Medical School.  She is the recipient of a ThyCa grant for her research project entitled ‘Overcoming resistance to RET inhibitors in medullary thyroid carcinoma (MTC).’  Dr. Chau and colleagues will examine the efficacy of current and novel RET inhibitors against specific oncogenic RET mutations in MTC.  Her project will explore whether novel agents can overcome mechanisms of resistance to current RET inhibitors. Press Release 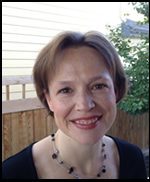 Jennifer Morrison, M.D., Ph.D. is a Fellow Instructor in the Division of Endocrinology, Diabetes, and Metabolism at the University of Colorado Denver.  She earned her Ph.D. degree in 2004 and her M.D. degree with distinction in 2006 through the Medical Scientist Training Program at the University of North Carolina- Chapel Hill.  During this time, she published three first-author manuscripts in peer-reviewed journals detailing her research on Epstein-Barr virus-associated malignancies under the direction of Nancy Raab-Traub, Ph.D. at the Lineberger Comprehensive Cancer Center at UNC.  She then completed her residency in Internal Medicine at UNC Hospitals, where she received awards for academic proficiency as well as peer-selected awards recognizing her empathic nature and bedside manner.  In 2013, she completed her Endocrinology fellowship training at the University of Colorado.  During fellowship, she was awarded an Endocrine Fellows Foundation Endocrine Research Grant as well as a Ruth L. Kirschstein National Research Service Award for Individual Postdoctoral Fellows.  She is currently working in collaboration with Bryan R. Haugen, M.D. in the area of advanced thyroid oncology with particular interest in understanding the molecular mechanisms which underlie the development of aggressive thyroid cancers. Press Release

Kevin Phillips, PhD pursued his doctoral research at Harvard University, working in the field of chemical biology. He then moved to San Francisco for postdoctoral training under the direction of John Baxter and Robert Fletterick at the University of California at San Francisco. In 2012 he became an independent investigator at The Methodist Hospital Research Institute in Houston. Dr. Phillips group studies the anti-obesogenic actions of thyroid hormone and its receptors, the thyroid hormone receptors (TRs). Obesity, an accelerating worldwide health problem, tends be accompanied by co-morbitidies that are often referred to as metabolic syndrome. Activation of TRs, either by endogenous thyroid hormone or by synthetic TR agonists, elicits catabolic processes that tend to oppose the maladies of metabolic syndrome. Dr. Phillips’ group is working to establish the molecular mechanisms by which the TRs mediate these clinically useful actions that include: the reduction of serum cholesterol and lipid levels, the amelioration of fatty liver disease, improved insulin sensitivity, and fat loss. A key interest is of his laboratory is understanding how TR activation mediates thermogenesis – the conversion of excess energy (such as extra calories or fat) to heat. In work that is ongoing, his group has discovered a novel mechanism by which TR agonists elicit thermogenesis, leading to dramatic fat loss in preclinical models of severe obesity. They are currently working to identify the molecular events that mediate this action and are exploring the beneficial physiological effects that accompany thermogenic induction. Press Release 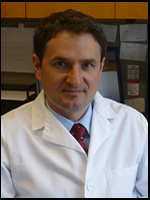 Dr. Jaroslaw Jendrzejewski graduated from The Medical University of Gdansk in Poland receiving a Medical Doctor degree in 1998. He completed his internship and internal medicine residency at the Department of Hypertension and Diabetology Medical University of Gdansk. During his medical training he gained a thorough and broad clinical experience in internal medicine. The focus of his clinical interests was on endocrine disorders (particularly diabetes and thyroid diseases). In 2008 he joined Dr. Albert de la Chapelle’s research team at The Ohio State University as a postdoctoral researcher. Dr. Jendrzejewski’s research area is the molecular biology of papillary thyroid cancer, specifically the role of single nucleotide polymorphisms and non-coding RNAs in thyroid cancer pathogenesis. Dr Jendrzejewski is board certified in internal medicine (2007). He is a member of the American Thyroid Association, and he is the author or co-author of several peer reviewed publications related to thyroid cancer. He received the Scientific Award of Medicine from The Medical University of Gdansk for his accomplishments in clinical research (2009). Press Release 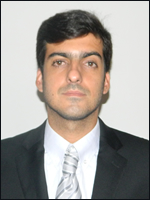 Dr. João Pedro Werneck-de-Castro, PhD is a researcher associated of the Division of Endocrinology, Diabetes and Metabolism at the University of Miami Miller School of Medicine. After obtaining his PhD in 2006 in human physiology at Federal University of Rio de Janeiro (UFRJ) working with cardiovascular physiology he became a junior faculty at UFRJ in 2007 at the School of Physical Education and Sports. Then, he started to study exercise physiology and biochemistry to understand the mechanisms of skeletal muscle induced-adaptations by exercise and the contribution of hormones to such adaptations. Currently he is investigating the pathways by which thyroid hormones regulates skeletal muscle physiology and the role of type-2 deiodinase in muscle biology and its importance to plasma T3 pool.  Press Release

Back to Research Grant Listing by Year