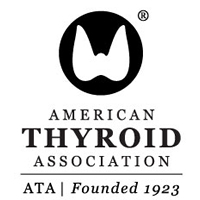 October 13, 2017—The American Thyroid Association (ATA) will hold its 87th Annual Meeting on October 18‒22, 2017, in Victoria, British Columbia. In addition to the major talks and awards, a variety of scientific and clinical presentations will be accessible to attendees in the form of posters and oral abstracts. One group of these concerns thyroid medications and their effects.

The ATA looks forward to authors from over 40 countries coming to Victoria to present their unpublished thyroid research during the 87th Annual Meeting of the American Thyroid Association. 2017 had a record breaking number of abstract submissions (up 10% from 2016). Forty-five oral abstracts and 457 posters will be presented from Thursday, October 19 through Saturday, October 21.

We are pleased to announce that over 228 of the abstracts submitted were from thyroid trainees (students, residents, and fellows). The top three rated trainee posters have been invited to present during the Highlighted Trainee Abstracts Short Oral session on Saturday, October 21 in addition to their poster display.  An additional 30 of top rated posters have been selected to participate in the 5th Annual Trainee Poster Contest.

New this we will have iPosters for the oral abstracts. iPosters are large interactive posters displayed on high definition touch-screen monitors that will be displayed onsite. Attendees will be able to scroll through select abstracts at their leisure, click on images to enlarge them, and watch and listen to video and audio files. Additionally, iPosters will be available in an electronic poster gallery online after the meeting to increase the visibility of thyroid research.