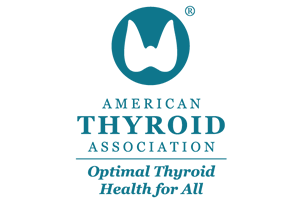 “The beginning of a new ATA governance year is always very exciting. I look forward to working with this excellent team of Officers, Directors and office staff, as the ATA strives for optimal thyroid health for all while negotiating the impact of COVID-19 on healthcare and research as well as education for medical professionals and patients alike,” said Victor Bernet, MD.

Two new officers were also recently elected, Peter Kopp, MD, Professor of Medicine and Médecin Chef in the Division of Endocrinology, Diabetology and Metabolism at the University of Lausanne, Switzerland began a term as President-elect.  Anthony Hollenberg, MD, Sanford I. Weill Chair of Medicine in the Joan and Sanford I. Weill Department of Medicine at Weill Cornell Medicine and the Physician-in-Chief at New York-Presbyterian Hospital began a term as Treasurer-elect.   Two new members also joined the Board: Amy Y. Chen, MD and Celeste Hart, MD.  Congratulations to all!

“As the Secretary of the American Thyroid Association, I am very proud that we have identified such a talented group of members to serve leadership roles within our association and carry us forward as we evolve to meet our members’ needs in the upcoming years,” said Jacqueline Jonklaas, MD, PhD.

The American Thyroid Association recognizes the dedicated members who are willing to run for election and thanks this year’s Nominating Committee, chaired by Susan Sherman, MD.  Special thanks go to those who will retire from the Board this year: Ralph Tufano, MD, Elizabeth Pearce, MD, and J. Woody Sistrunk, MD. 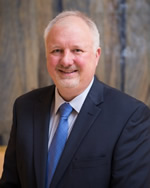 President
Victor Bernet, MD, is Chair of the Endocrinology Division at Mayo Clinic in Jacksonville, Florida and is an Associate Professor, Mayo Clinic College of Medicine.  Dr. Bernet served 21+ years in the Army Medical Corps retiring as a Colonel. His research interests include management of thyroid nodules and cancer as well as identifying surreptitious thyroid hormone content within supplements.  Dr. Bernet’s first ATA activity was the Fellows’ Workshop at the 1993 annual meeting. His ATA service includes being a member and later Chair of the Public Health Committee, Chair of ATA Internet and Communications Committee and was involved in the launch of the calcitonin and thyroid nodule volume calculators. As a member of the ATA Fellows’ Task Force, he participated in the development of the Fellows’ Corner for trainees. In 2010, he joined the ATA Board of Directors and then served as Secretary/Chief Operating Office from 2015 to 2019. He is active as a reviewer for several journals including Thyroid. 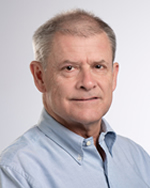 Dr. Kopp has extensive clinical experience in clinical endocrinology with a focus on thyroid cancer and thyroid dysfunction. His research is focusing on the molecular pathophysiology and genetics of thyroid and other endocrine disorders. From 2013 to 2019 he has served as the Editor-in- Chief of Thyroid, an appointment that reflects his recognized expertise in clinical and basic thyroidology. Within the American Thyroid Association, he has served on the Board of Directors and numerous committees. He has been a member of the thyroid cancer guideline panel of the National Comprehensive Cancer Network from 2002 to 2019, and he is a co-editor of the 11th edition of Werner and Ingbar’s textbook The Thyroid. 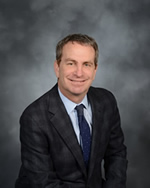 Treasurer-elect
Anthony Hollenberg, MD, is the Sanford I. Weill Chair of Medicine in the Joan and Sanford I. Weill Department of Medicine at Weill Cornell Medicine and the Physician-in-Chief at New York-Presbyterian Hospital. Dr. Hollenberg received his M.D. from the University of Calgary in Canada in 1986. He completed his Internal Medicine residency in 1989 and was Chief Resident in Medicine from 1990 to 1991 at the Beth Israel Hospital.  Dr. Hollenberg then completed a fellowship in Endocrinology, Diabetes, and Metabolism at Massachusetts General Hospital in 1993 and was recruited back to Beth Israel to start his laboratory. From 2011 until his recruitment to Weill Cornell Medicine and New York-Presbyterian Hospital, Dr. Hollenberg was Chief of the Division of Endocrinology, Diabetes and Metabolism, at Beth Israel Deaconess Medical Center and Director of Clinical and Translational Research Training Programs at Harvard Catalyst and Harvard Medical School where he was also a Professor of Medicine. 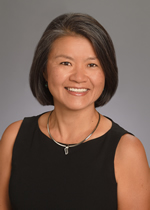 Amy Y. Chen, MD, MPH, FACS, FACE, is the Willard and Lillian Hackerman Professor and Vice Chair for Faculty Development in the Department of Otolaryngology and Head and Neck Surgery at The Emory University School of Medicine. She serves as the Director of Head and Neck Endocrine Surgery and was the Program Director for the Head and Neck Surgery Fellowship. Her expertise is in thyroid and parathyroid surgery. She has a joint appointment at Winship Cancer Institute and at Emory’s Rollins School of Public Health. She has also served as Director of Health Services Research in the Department of Surveillance and Health Policy Research of the American Cancer Society. 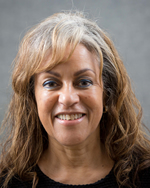 Celeste Hart, MD, is the Founder and Medical Director of the North Florida Thyroid Center in Tallahassee, Florida. She was a member of Princeton University’s first co-ed class and graduated with a degree in mathematics in 1973. After college, she worked briefly as a Systems Engineer. She received her medical degree from Howard University College of Medicine. After training in Internal Medicine at Howard, she completed a fellowship in Endocrinology at the National Institutes of Health in Bethesda, Maryland and then joined the faculty at Howard.  Dr. Hart has served on the Florida Governor’s Diabetes Advisory Board and as medical liaison to diabetes prevention and management programs in medically underserved communities in north Florida.

The American Thyroid Association® (ATA) is dedicated to transforming thyroid care through clinical excellence, education, scientific discovery and advocacy in a collaborative community. ATA® is an international professional medical society with over 1,700 members from 70 countries around the world.

The ATA® promotes thyroid awareness and information through its online Clinical Thyroidology® for the Public (distributed free of charge to over 12,000 patients and public subscribers) and extensive, authoritative explanations of thyroid disease and thyroid cancer in both English and Spanish. The ATA® website www.thyroid.org serves as a bonafide clinical resource for patients and the public who look for reliable information on the Internet.